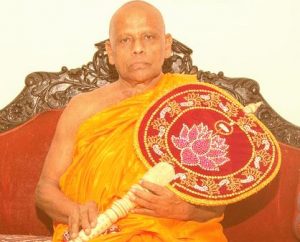 We are delighted to hear that a  Buddhist Magazine named “Sathipattana” is being published on occasion of the Vesak Full Moon Poya Day in the 2565th Buddhist Era by the Buddhist Brotherhood in the intention of enlightening the people of immaculate Buddhism. It is a timely effort to publish this magazine in several languages in an era when the people are seeking the essence of Buddhism as never before. The Buddha is the only religious leader who preached universal Dhamma despite race, religion, caste etc. The beginning, the middle and the end of this Dhamma is wholesome and the Buddha said “ Vivato Virochathi” which means that, more it is opened more will it shine” It will not shine as long as it is closed. Some profound concepts of Buddhism such as Four Noble Truth, Paticca Samuppaada Dhamma and Trilakshana etc. are universal and can never be challenged. Hence, they are eternal and it is also the supreme truth.  Such a universal religion like this shines in a scientifically developing world and shines eternally and draws attention of people.

I believe that this Sathipattana magazine which is compiled by a group of experts on Buddhism will help propagation of the immaculate teachings of the Buddha in the world. May the blessings of the Triple Gems and the sacred Tooth Relic of the Buddha be with the team lead by Dr. Damenda Porage who strive to make this noble work a success.

AJANTHA – THE RENAISSANCE OF BUDDHIST FRESCOES

A DROP OF AMBROSIA FOR THOSE WHO ARE THIRSTY OF DHAMMA