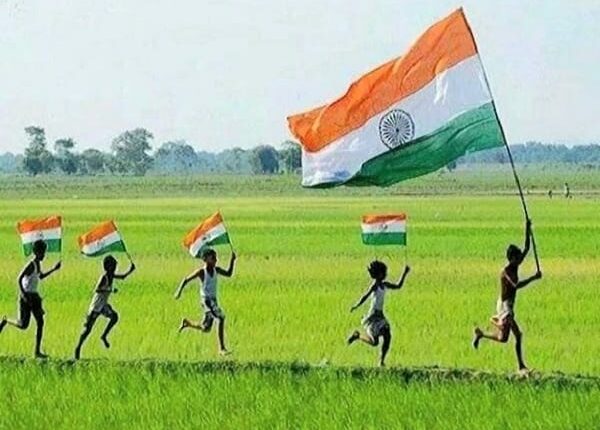 Today, Monday, August 15, 2022, India marks 75 years of Independence. India gained freedom from British colonial rule on August 15, 1947. As the country gears up to celebrate the 76th Independence Day, it is crucial to remember the importance of this day, the history of this great nation, and the sacrifices the freedom fighters made to gain freedom from the clutches of the British Empire. On this day, Indian people hoist flags while singing the national anthem and cultural parades take place all over the country. The Prime Minister Shri Narendra Modi also hoists the national flag and gives a speech at the Red Fort. It is a tradition started by the first prime minister of India, Shri Jawaharlal Nehru, who raised the national flag above the Lahori Gate of Red Fort in Delhi in 1947.

Veteran Buddhist activist, Dr. Damenda Porage, the Chairman, Foundation for Buddhist Brotherhood, Sri Lanka and Co-editor, Satipatthana Buddhist Magazine also has issued a media release expressing the solidarity with India. In his message he says, the Maha Sangha and the people of Sri Lanka strongly and openly reiterated on the commitment on safeguarding the regional interest of India and her neighbours in the Indian Ocean zone against threat from anti-democratic and hegemonic forces. He further stated that the people of Sri Lanka are thankful for India’s prompt humanitarian and assistance during the long years of the corona virus pandemic and the magnanimous and the humanitarian support and assistance to feed and rescue the starving Sri Lankans in the recent months.

The full media release is below.

India, our invaluable neighbor and the largest democracy in the world, is today celebrating her Independence Day which is a momentous annual event in the annals of independent India.

Even as all people of India, the Indians and the Indian origin people living in all parts of the world join in celebrating this event jubilantly, we too join it and delighted to convey our heartiest greetings and great salute to “The sovereign, socialist, secular and benevolent democracy.” The people of Sri Lanka are delighted in sharing the spirit of the celebrations and conveying their greetings to the government of India and its people, led by the iconic and statesmen leadership of Prime Minister Shri Narendra Modi. We gratefully reminisce the very rare historical occasion of Prime Minister Shri Narendra Modi’s arrival to participate in the UN-declared international Vesak day celebrations in Colombo in May 2017; his immediate arrival in Sri Lanka to share our grievances after disastrous bomb blasts on Easter Sunday on the 21st of April 2019; and the ever-continuing magnanimous support and assistance towards strengthening the historical, cultural, spiritual, linguistic and traditional relations.

We also gratefully remember the mountainous and inimitable and support that India had extended towards resolving the Sri Lankan internal conflict; towards the re-structuring of virtually all infrastructure in the conflict zone areas in the post-conflict period; the rehabilitation, resettlement and provision of livelihood facilities to the displaced people; and vast housing programs for them as also for the Tamil community at the central hill country. Sri Lankan’s indebtedness are inexpressible in mere words for India’s prompt humanitarian and all medicinal related support and assistance during the long years of the corona virus pandemic and the magnanimous and the humanitarian support and assistance to feed and rescue the starving Sri Lankans in the recent months joined benevolently also by the state governments.

The Maha Sangha of Sri Lanka has strongly and openly reiterated on its commitment on safeguarding the regional interest of India and her neighbors in the Indian ocean zone against threat from anti-democratic and hegemonic forces.

We remain committed towards the growth of India from strength to strength as a democratic country and strongly believe that our retention depends inalienable on India’s growth and we convey our heartiest greetings to the Indian leadership and the people of India on this very auspicious occasion.