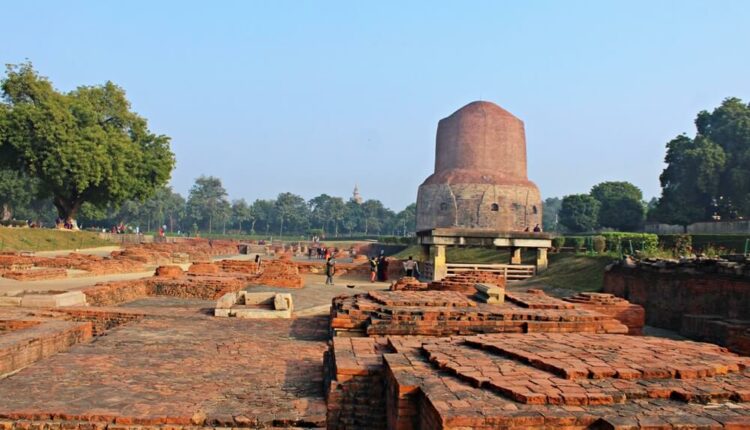 Karanda Tank is located in Nalanda, Bihar, India. A nearby area or landmark is Nimal. According to the folk tales Buddha bathed in this tank when he was in the area. Venuvana of Rajgir is the site where the Venuvana Vihar monastery was built by King Bimbasara for the Buddha to reside. The Buddha spent the second, third and fourth rain retreats at Venuvana, and after the first council in the year of the Buddha’s death, the monks who had taken part retired there to rest. Many early discourses were preached at this site. Japanese Stupa is a well-known travel attraction in Rajgir, Bihar. As its name suggests, it is installed by the Japanese Buddha Sangha. It is a white dome carved out of marble. The stupa is erected in Japanese architecture and is dedicated to the Buddha.  The stupa comprises four golden statues of the Buddha with each representing his life periods of birth, enlightenment, preaching, and death. Pippala cave, located in Rajir, is a popular Buddhist pilgrim destination. It was a center of religious activities during the Buddha’s time. The cave is the outcome of a natural process of natural forces over time.  Some historians are of opinion that the cave might have been used as watch tower by the ruler’s army. It is believed that various saints and hermits came to Pippala cave for meditation and spiritual healing in different time period.