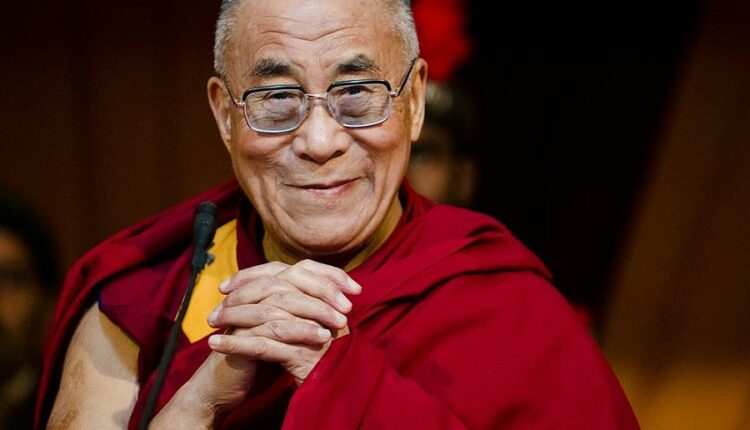 Translated to English by Devindi Manatunga from the Sinhala article by Akash Tharuka Perera published in Satipatthana magazine.

The connection between Tibet and Sri Lanka does not extend to a wider history; the closest relationship we have with Tibet is the Tibetan S. Mahinda Thero. In the same way as S. Mahinda Thero, committed himself to a revolutionary innovation through religious as well as academic media, it is not wrong to think that there is a timely value in looking at His Holiness the Dalai Lama and his virtuous bodhisattva life journey and considering him as the supreme spiritual leader in the face of world leaders.

He was born in the year 1935, in a small village in the Amdo district of Tibet. He was blessed to become the ruler of Tibet, the Dalai Lama, at the age of 5 years.

He began his education at the age of six and completed the Geshe Lharampa Degree (Doctorate of Buddhist Philosophy) when he was 25. At 24, he took the preliminary examination at each of the three monastic universities: Drepung, Sera, and Ganden.

The final examination was held in the Jokhang, Lhasa, during the annual Monlam Festival of Prayer, held in the first month of every year. In the morning, he was examined by 30 scholars on logic. In the afternoon, he debated with 15 scholars on the subject of the Middle Path, and in the evening, 35 scholars tested his knowledge of the canon of monastic discipline and the study of metaphysics.

It is significant how His Holiness passed the examinations with honors, conducted before a vast audience of monk scholars.

At the age of 16 years, His Holiness was called upon to assume full political power as Head of State and Government when Tibet was threatened by the might of China. In 1959 he was forced into exile in India after the Chinese military occupation of Tibet. Since 1960 he has been residing in Dharamsala, aptly known as “Little Lhasa”, the seat of the Tibetan Government-in-Exile.

We follow the philosophy enriched by the unseen virtues of the great Tiloguru Samma Sambudhu, and we will make it our goal to achieve Nirvana and end suffering.  Also, by looking for the supreme virtue of Jesus Christ, we will find the true healing of life by serving the supremacy of love that he brought us close to. The most precious virtues we saw on this earth were the Buddha’s enormous vision and Jesus’ passion.

Therefore, for those who search for “spiritual, worldly, and wise” characters, in an investigative sense, it is worthwhile to have a wider reading of character virtues that revolutionized the world in terms of religion, society, philosophy, politics, and art culture.

His Holiness the Dalai Lama, honored by countless people as the spiritual leader of this world, was awarded the Nobel Peace Prize in 1989. He has written and published more than 100 works on subjects such as Buddhist philosophy, psychology, etc. Also, even at this moment, he holds discussions with world-class scientists on the world’s emerging environmental problems and has an amazing knowledge of all subjects. His mission is to bring soft skills like charity, non-violence, and kindness to people. People who love the world and the stars gather around him and love him because of his great virtue.

Apart from the Buddha’s enormous philosophy and Jesus’ remarkable love, the most valuable essence that I have heard during my lifetime are the commentaries of His Holiness, the Dalai Lama. His religion is nature, his language is kindness, and his platform never rose to the height of the sky, because he was always down to earth. When dealing with lay people, His great philosophy, simplicity, austerity, and humility bring out the effects we have imagined about Buddha’s time. However, I have high hopes of being fortunate of getting a chance to meet this great human being.

It is a great tragedy that he is not allowed to set foot in his native land of Tibet, even today. After leaving Tibet, he settled in the city of Dharamsala in Himachal Pradesh, India, as his permanent abode.

Wishing His Holiness, the Dalai Lama a long and prosperous life, I bring my best wishes for his 87th birthday, which falls on the 6th of June.

Most Venerated His Holiness the Dalai Lama, may you have good health! May you live long!