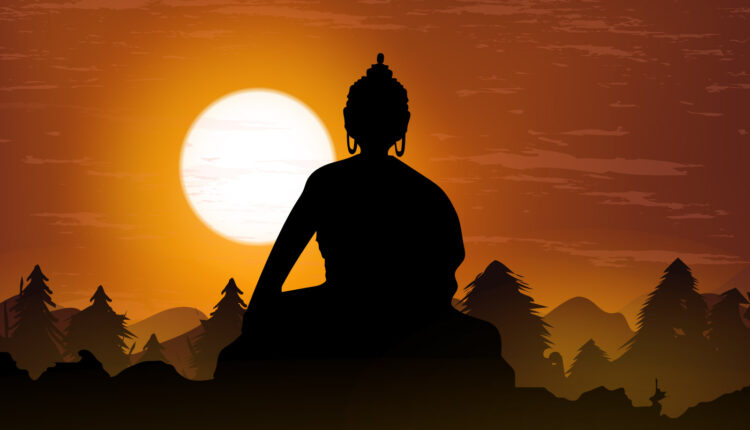 The Second Noble Truth is that of the arising or origin of dukkha (Dukkhasamudaya-ariyasacca). The most popular and well-known definition of the Second Truth as found in innumerable places in the original texts runs as follows:

It is this ‘thirst’, desire, greed, craving, manifesting itself in various ways, that gives rise to all forms of suffering and the continuity of beings. But it should not be taken as the first cause, for there is no first cause possible as, according to Buddhism, everything is relative and inter-dependent. Even this ‘thirst’, taṇhā, which is considered as the cause or origin of dukkha, depends for its arising (samudaya) on something else, which is sensation (vedanā),[72] and sensation arises depending on contact (phassa), and so on and so forth goes on the circle which is known as Conditioned Genesis (Paṭicca-samuppāda), which we will discuss later.[73]

So taṇhā, ‘thirst’, is not the first or the only cause of the arising of dukkha. But it is the most palpable and immediate cause, the ‘principal thing’ and the ‘all-pervading thing’.[74] Hence in certain places of the original Pali texts themselves the definition of samudaya or the origin of dukkha includes other defilements and impurities (kilesā, sāsavā dhammā), in addition to taṇhā ‘thirst’ which is always given the first place.[75] Within the necessarily limited space of our discussion, it will be sufficient if we remember that this ‘thirst’ has as its centre the false idea of self arising out of ignorance.

Here the term ‘thirst’ includes not only desire for, and attachment to, sense-pleasures, wealth and power, but also desire for, and attachment to, idea and ideals, views, opinions, theories, conceptions and beliefs (dhamma-taṇhā).[76] According to the Buddha’s analysis, all the troubles and strife in the world, from little personal quarrels in families to great wars between nations and countries, arise out of this selfish ‘thirst’. [77] From this point of view, all economic, political and social problems are rooted in this selfish ‘thirst’. Great statesmen who try to settle international disputes and talk of war and peace only in economic and political terms touch the superficialities, and never go deep into the real root of the problem. As the Buddha told Raṭṭapāla: ‘The world lacks and hankers, and is enslaved to “thirst” (taṇhādāso).’

Every one will admit that all the evils in the world are produced by selfish desire. This is not difficult to understand. But how this desire, ‘thirst’, can produce re-existence and re-becoming (ponobhavikā) is a problem not so easy to grasp. It is here that we have to discuss the deeper philosophical side of the Second Noble Truth corresponding to the philosophical side of the First Noble Truth. Here we must have some idea about the theory of karma and rebirth.

There are four Nutriments (āhāra) in the sense of ‘cause’ or ‘condition’ necessary for the existence and continuity of beings: (1) ordinary material food (kabaliṅkārāhāra), (2) contact of our sense-organs (including mind) with the external world (phassāhāra), (3) consciousness (viññāṇāhāra) and (4) mental volition or will (manosañcetanāhāra).[78]

Of these four, the last mentioned ‘mental volition’ is the will to live, to re-exist, to continue, to become more and more.[79] It creates the root of existence and continuity, striving forward by the way of good and bad actions (kusalākusalakamma).[80] It is the same as ‘Volition’ (cetanā).[81] We have seen earlier[82] that volition is karma, as the Buddha himself has defined it. Referring to ‘Mental volition’ just mentioned above the Buddha says: ‘When one understands the nutriment of mental volition one understands the three forms of ‘thirst’ (taṇhā).’[83] Thus the terms ‘thirst’, ‘volition’, ‘mental volition’ and ‘karma’ all denote the same thing: they denote the desire, the will to be, to exist, to re-exist, to become more and more, to grow more and more, to accumulate more and more. This is the cause of the arising of dukkha, and this is found within the Aggregate of Mental Formations, one of the Five Aggregates which constitute a being.[84]

Now, the Pali word kamma or the Sankrit word karma (from the root kṛ to do) literally means ‘action’, ‘doing’. But in the Buddhist theory of karma it has a specific meaning: it means only ‘volitional action’, not all action. Nor does it mean the result of karma as many people wrongly and loosely use it. In Buddhist terminology karma never means its effect; its effect is known as the ‘fruit’ or the ‘result’ or karma (kamma-phala or kamma-vipāka).

The theory of karma should not be confused with so-called ‘moral justice’ or ‘reward and punishment’. The idea of moral justice, or reward and punishment, arises out of the conception of a supreme being, a God, who sits in judgment, who is a law-giver and who decides what is right and wrong. The term ‘justice’ is ambiguous and dangerous, and in its name more harm than good is done to humanity. The theory of karma is the theory of cause and effect, of action and reaction; it is a natural law, which has nothing to do with the idea of justice or reward and punishment. Every volitional action produces its effects or results. If a good action produces good effects and a bad action bad effects, it is not justice, or reward, or punishment meted out by anybody or any power sitting in judgment on your action, but this is in virtue of its own nature, its own law. This is not difficult to understand. But what is difficult is that, according to the karma theory, the effects of a volitional action may continue to manifest themselves even in a life after death. Here we have to explain what death is according to Buddhism.

We have seen earlier that a being is nothing but a combination of physical and mental forces or energies. What we call death is the total non-functioning of the physical body. Do all these forces and energies stop altogether with the non-functioning of the body? Buddhism says ‘No’. Will, volition, desire, thirst to exist, to continue, to become more and more, is a tremendous force that moves whole lives, whole existences, that even moves the whole world. This is the greatest force, the greatest energy in the world. According to Buddhism, this force does not stop with the non-functioning of the body, which is death; but it continues manifesting itself in another form, producing re-existence which is called rebirth.

Now, another question arises: If there is no permanent, unchanging entity or substance like Self or Soul (ātman), what is it that can re-exist or be reborn after death? Before we can go on to life after death, let us consider what this life is, and how it continues now. What we call life, as we have so often repeated, is the combination of the Five Aggregates, a combination of physical and mental energies. These are constantly changing: they do not remain the same for two consecutive moments. Every moment they are born and they die. ‘When the Aggregates arise, decay and die, O bhikkhu, every moment you are born, decay and die.’[86] Thus, even now during this life time, every moment we are born and die, but we continue. If we can understand that in this life we can continue without a permanent, unchanging substance like Self or Soul, why can’t we understand that those forces themselves can continue without a Self or a Soul behind them after then non-functioning of the body?

When this physical body is no more capable of functioning, energies do not die with it, but continue to take some other shape or form, which we call another life. In a child all the physical, mental and intellectual faculties are tender and weak, but they have within them the potentiality of producing a full grown man. Physical and mental energies which constitute the so-called being have within themselves the power to take a new form, and grow gradually and gather force to the full.

As there is no permanent, unchanging substance, nothing passes from one moment to the next. So quite obviously, nothing permanent or unchanging can pass or transmigrate from one life to the next. It is a series that continues unbroken, but changes every moment. The series is, really speaking, nothing but movement. It is like a flame that burns through the night: it is not the same flame nor it is another. A child grows up to be a man of sixty. Certainly the man of sixty is not the same as the child of sixty years ago, nor is he another person. Similarly, a person who dies here and is reborn elsewhere is neither the same person, nor another (na ca so na ca añño). It is the continuity of the same series. The difference between death and birth is only a thought-moment: the last thought-moment in this life conditions the first thought-moment in the so-called next life, which, in fact, is the continuity of the same series. During this life itself, too, one thought-moment conditions the next thought-moment. So from the Buddhist point of view, the question of life after death is not a great mystery, and a Buddhist is never worried about this problem.

As long as there is this ‘thirst’ to be and to become, the cycle of continuity (saṃsāra) goes on. It can stop only when its driving force, this ‘thirst’, is cut off through wisdom which sees Reality, Truth, Nirvāṇa.

THE SPIRIT OF TIBET WILL BE FOREVER