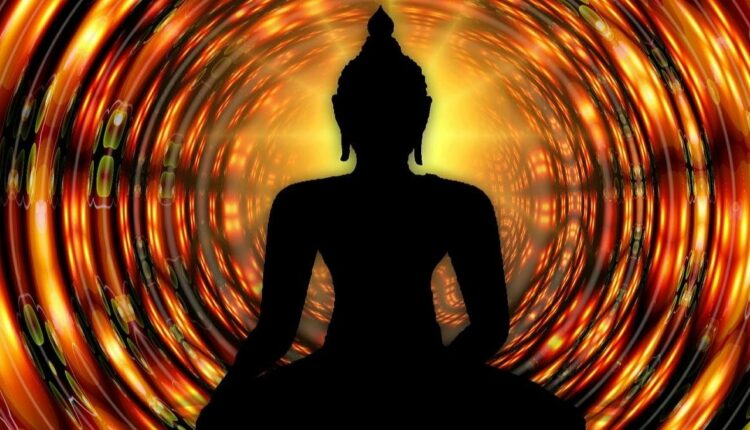 The Buddha divides right speech into four components: abstaining from false speech, abstaining from slanderous speech, abstaining from harsh speech, and abstaining from idle chatter. Because the effects of speech are not as immediately evident as those of bodily action, its importance and potential is easily overlooked. But a little reflection will show that speech and its offshoot, the written word, can have enormous consequences for good or for harm. In fact, whereas for beings such as animals who live at the preverbal level physical action is of dominant concern, for humans immersed in verbal communication speech gains the ascendency. Speech can break lives, create enemies, and start wars, or it can give wisdom, heal divisions, and create peace. This has always been so, yet in the modern age the positive and negative potentials of speech have been vastly multiplied by the tremendous increase in the means, speed, and range of communications. The capacity for verbal expression, oral and written, has often been regarded as the distinguishing mark of the human species. From this we can appreciate the need to make this capacity the means to human excellence rather than, as too often has been the case, the sign of human degradation.

This statement of the Buddha discloses both the negative and the positive sides to the precept. The negative side is abstaining from lying, the positive side speaking the truth. The determinative factor behind the transgression is the intention to deceive. If one speaks something false believing it to be true, there is no breach of the precept as the intention to deceive is absent. Though the deceptive intention is common to all cases of false speech, lies can appear in different guises depending on the motivating root, whether greed, hatred, or delusion. Greed as the chief motive results in the lie aimed at gaining some personal advantage for oneself or for those close to oneself — material wealth, position, respect, or admiration. With hatred as the motive, false speech takes the form of the malicious lie, the lie intended to hurt and damage others. When delusion is the principal motive, the result is a less pernicious type of falsehood: the irrational lie, the compulsive lie, the interesting exaggeration, lying for the sake of a joke.

The Buddha’s stricture against lying rests upon several reasons. For one thing, lying is disruptive to social cohesion. People can live together in society only in an atmosphere of mutual trust, where they have reason to believe that others will speak the truth; by destroying the grounds for trust and inducing mass suspicion, widespread lying becomes the harbinger signalling the fall from social solidarity to chaos. But lying has other consequences of a deeply personal nature at least equally disastrous. By their very nature lies tend to proliferate. Lying once and finding our word suspect, we feel compelled to lie again to defend our credibility, to paint a consistent picture of events. So the process repeats itself: the lies stretch, multiply, and connect until they lock us into a cage of falsehoods from which it is difficult to escape. The lie is thus a miniature paradigm for the whole process of subjective illusion. In each case the self-assured creator, sucked in by his own deceptions, eventually winds up their victim.

It is said that in the course of his long training for enlightenment over many lives, a bodhisatta can break all the moral precepts except the pledge to speak the truth. The reason for this is very profound, and reveals that the commitment to truth has a significance transcending the domain of ethics and even mental purification, taking us to the domains of knowledge and being. Truthful speech provides, in the sphere of interpersonal communication, a parallel to wisdom in the sphere of private understanding. The two are respectively the outward and inward modalities of the same commitment to what is real. Wisdom consists in the realization of truth, and truth (sacca) is not just a verbal proposition but the nature of things as they are. To realize truth our whole being has to be brought into accord with actuality, with things as they are, which requires that in communications with others we respect things as they are by speaking the truth. Truthful speech establishes a correspondence between our own inner being and the real nature of phenomena, allowing wisdom to rise up and fathom their real nature. Thus, much more than an ethical principle, devotion to truthful speech is a matter of taking our stand on reality rather than illusion, on the truth grasped by wisdom rather than the fantasies woven by desire.

He avoids slanderous speech and abstains from it. What he has heard here he does not repeat there, so as to cause dissension there; and what he has heard there he does not repeat here, so as to cause dissension here. Thus he unites those that are divided; and those that are united he encourages. Concord gladdens him, he delights and rejoices in concord; and it is concord that he spreads by his words.

Slanderous speech is speech intended to create enmity and division, to alienate one person or group from another. The motive behind such speech is generally aversion, resentment of a rival’s success or virtues, the intention to tear down others by verbal denigrations. Other motives may enter the picture as well: the cruel intention of causing hurt to others, the evil desire to win affection for oneself, the perverse delight in seeing friends divided.

Slanderous speech is one of the most serious moral transgressions. The root of hate makes the unwholesome kamma already heavy enough, but since the action usually occurs after deliberation, the negative force becomes even stronger because premeditation adds to its gravity. When the slanderous statement is false, the two wrongs of falsehood and slander combine to produce an extremely powerful unwholesome kamma. The canonical texts record several cases in which the calumny of an innocent party led to an immediate rebirth in the plane of misery.

The opposite of slander, as the Buddha indicates, is speech that promotes friendship and harmony. Such speech originates from a mind of loving-kindness and sympathy. It wins the trust and affection of others, who feel they can confide in one without fear that their disclosures will be used against them. Beyond the obvious benefits that such speech brings in this present life, it is said that abstaining from slander has as its kammic result the gain of a retinue of friends who can never be turned against one by the slanderous words of others.

He avoids harsh language and abstains from it. He speaks such words as are gentle, soothing to the ear, loving, such words as go to the heart, and are courteous, friendly, and agreeable to many.

Harsh speech is speech uttered in anger, intended to cause the hearer pain. Such speech can assume different forms, of which we might mention three. One is abusive speech: scolding, reviling, or reproving another angrily with bitter words. A second is insult:hurting another by ascribing to him some offensive quality which detracts from his dignity. A third is sarcasm: speaking to someone in a way which ostensibly lauds him, but with such a tone or twist of phrasing that the ironic intent becomes clear and causes pain.

The main root of harsh speech is aversion, assuming the form of anger. Since the defilement in this case tends to work impulsively, without deliberation, the transgression is less serious than slander and the kammic consequence generally less severe. Still, harsh speech is an unwholesome action with disagreeable results for oneself and others, both now and in the future, so it has to be restrained. The ideal antidote is patience — learning to tolerate blame and criticism from others, to sympathize with their shortcomings, to respect differences in viewpoint, to endure abuse without feeling compelled to retaliate. The Buddha calls for patience even under the most trying conditions:

Even if, monks, robbers and murderers saw through your limbs and joints, whosoever should give way to anger thereat would not be following my advice. For thus ought you to train yourselves: “Undisturbed shall our mind remain, with heart full of love, and free from any hidden malice; and that person shall we penetrate with loving thoughts, wide, deep, boundless, freed from anger and hatred.”

He avoids idle chatter and abstains from it. He speaks at the right time, in accordance with facts, speaks what is useful, speaks of the Dhamma and the discipline; his speech is like a treasure, uttered at the right moment, accompanied by reason, moderate and full of sense.

Idle chatter is pointless talk, speech that lacks purpose or depth. Such speech communicates nothing of value, but only stirs up the defilements in one’s own mind and in others. The Buddha advises that idle talk should be curbed and speech restricted as much as possible to matters of genuine importance. In the case of a monk, the typical subject of the passage just quoted, his words should be selective and concerned primarily with the Dhamma. Lay persons will have more need for affectionate small talk with friends and family, polite conversation with acquaintances, and talk in connection with their line of work. But even then they should be mindful not to let the conversation stray into pastures where the restless mind, always eager for something sweet or spicy to feed on, might find the chance to indulge its defiling propensities.

The traditional exegesis of abstaining from idle chatter refers only to avoiding engagement in such talk oneself. But today it might be of value to give this factor a different slant, made imperative by certain developments peculiar to our own time, unknown in the days of the Buddha and the ancient commentators. This is avoiding exposure to the idle chatter constantly bombarding us through the new media of communication created by modern technology. An incredible array of devices — television, radio, newspapers, pulp journals, the cinema — turns out a continuous stream of needless information and distracting entertainment the net effect of which is to leave the mind passive, vacant, and sterile. All these developments, naively accepted as “progress,” threaten to blunt our aesthetic and spiritual sensitivities and deafen us to the higher call of the contemplative life. Serious aspirants on the path to liberation have to be extremely discerning in what they allow themselves to be exposed to. They would greatly serve their aspirations by including these sources of amusement and needless information in the category of idle chatter and making an effort to avoid them.